Dr. Vance Moss, a urologic surgeon, served in Afghanistan as a member of the Army Reserve Medical Corps, along with his identical twin brother Vince, a general surgeon. During several deployments, they cared for women and children in need of surgical care, while juggling the demands of an active practice back home.

Greenway spoke with Dr. Moss about his experiences, his Hopewell, N.J., practice, and his thoughts about the future.

Tell us about Mid-Atlantic Multi Specialty, the practice you run with your brother.

We started back in 2006. Interestingly, we were some of the only people in the whole region who started out with EHRs, and we started with Greenway Prime Suite.

What services does your practice offer?

Our multi-specialty surgical group focuses on multiple specialties like urology, kidney transplantation, general surgery, cardiothoracic surgery, vascular surgery, and over the years we've branched off into substance abuse therapy because a lot of our patients were dependent on opioids for (various) reasons. We initiated a program for them. The practice has been growing. We've been overseas multiple times, and every time, the practice survives. We’ve been going strong ever since.

Tell us about your time overseas serving with the Army Reserve Medical Corps.

In 2008, my brother and I both went over to Iraq to serve in Operation Iraqi Freedom. After that tour of duty, my brother and I were involved with some private missions. We teamed up with the Department of State to go over and help women and children who needed surgical care in Afghanistan. We did multiple tours doing that, several months at a time. Between tours, we would come home and run our practice. Eventually, we didn't go back to Afghanistan until just this past tour. In between those, my brother went twice to Afghanistan and Iraq on other special operations, missions. The last one we went on was 2019 to 2020 (to Afghanistan). We were together on that tour with Special Operations Command, and we served with the 10th Special Forces Group and the 7th Special Forces Group while we were there.

"We've been overseas multiple times, and every time, the practice survives. We’ve been going strong ever since."
Dr. Vance Moss, Mid-Atlantic Multi Specialty

What did your duties encompass?

On those private missions, our mission was to spread confidence among the Afghanistan people that we were there not to occupy their space physically and mentally. It was to show that we were also there to help. That builds a lot of respect among the people that we were dealing with, especially the ex-Mujahideen commanders that wanted us to operate on their family members. When we were there with the military, we were there in a military capacity where we run what's called a GHOST team, which stands for the golden hour of surgical resuscitation. When we're attached to these special forces, we're there to basically increase their chances of survival if indeed we're involved in combat. It's a special medical unit that is especially trained for those specific types of missions.

What drew you to the Army Reserve Medical Corps?

Like a lot of special operations command positions, we were chosen, and once we passed the introduction into that unit, we've been with them ever since. It's not for everyone … It’s not like you would see on television where doctors are living in the hospital. This is an austere environment which was significantly challenging.

What detail stays with you most clearly from this experience?

Being a physician that earned a combat action badge, now that's a special recognition. It's a special badge that soldiers wear on their uniform that basically identifies those who have been in combat. When we were in that combat situation, it was stressful. The fact that we survived, and we were awarded that combat action badge, it really means a lot to me and my brother.

I understand you have asked U.S. Senators for help evacuating your associates from Afghanistan. Can you share the latest on that?

Yes. Of the five primary individuals we were dealing with — there were more, by the way, but the five primary ones — one landed in Dulles Airport (the week of Aug. 30). We were very excited for him and his family. But two, we found out have been killed, and two others, we're still waiting to get word. Unfortunately, we're not getting a lot of feedback or help (from our U.S. Senators) because they're overwhelmed as well with people with the same request.

Were these medical professionals you worked with?

Yes. They're translators and they're physicians.

What action could someone reading this take to show their support?

If you know of a fellow vet or anyone who is in any of these conflicts, reach out to them and let them know that you care … It really helps. I'm sure you've seen a vast amount of psychological and counseling outreach to veterans, because they were very upset. It's a real situation here.

"I was able to get on the internet and able to treat some of my patients while I was overseas because of the Greenway platform ... it was valuable — it was incredible.”
Dr. Vance Moss, Mid-Atlantic Multi Specialty

What would happen with your practice when you were away?

We had to close the shop. But we did have some very understanding partners. For instance, Greenway. When we went overseas, you guys didn't even charge us. And we were still able to operate the EHR without any problems. You guys were the beginning of what turned out to be a windfall for our practice, because we used you guys as an example. We said if we have an EHR system company ... "Greenway is not charging us, so why can't you guys match that?" …  We owe a lot to you guys. We really appreciate that.

How did working with Greenway technology ease the transition?

Being that I was a sole practitioner in my field, I was able to get on the internet and able to treat some of my patients while I was overseas because of the Greenway platform. I was able to go on there online and look at my charts and discuss patient management. It was valuable — it was incredible. I also have an office manager who is absolutely incredible. You couldn't ask for anyone better.

What's the next step for you and your practice?

We’re just taking one day at a time, one week at a time, one month, one quarter, one year at a time. I'm the new Chairman and Director of Urology at the Brooklyn VA (Medical Center) in Brooklyn, N.Y. On top of my private practice and plus being the director of a VA department, my hands are full. And as far as my brother's concerned, he's going to keep pushing forward, and trying to stay positive.

What are your final thoughts regarding this discussion?

I wanted to make sure that we pay kudos to you guys for your cooperation with us … Every time we've ever needed something from Greenway in terms of getting things right or corrected in the EHR system, (Greenway has) always been on top of it, and we appreciate that. 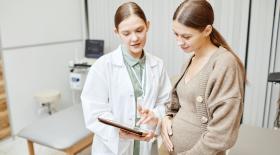 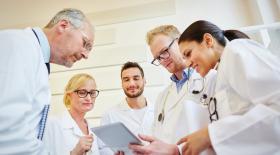 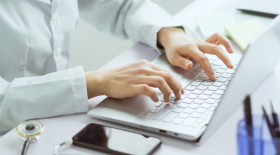 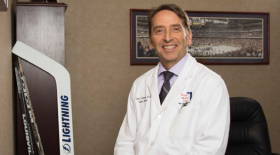