It’s not easy to be small. One of the more significant trends in healthcare today is the disappearance of small practices.

Dr. Randolph Lamberson is the exception. Once part of a large practice group, he chose to separate and open his own practice. This required an electronic health record (EHR) and practice management solution that would fit a specific set of needs.

When he first left the large group, he continued to see patients even before he implemented an EHR. “We recorded on paper and did everything manually for three months,” said Tammy Bentley, practice manager.

As he considered EHR options, Lamberson found many were designed for much larger practices, but Greenway Health’s Intergy was an excellent fit.

“We could customize the Greenway Intergy EHR and practice management software for a small practice,” Bentley said. “Dr. Lamberson felt that many of the others were just too bulky and robbed providers of time with their patients.”

Realizing the burdens of a small practice, Bentley and Lamberson implemented Greenway Revenue Services for billing. They realized Bentley alone couldn’t juggle nursing, front office duties, and all billing and followup. They thought they could benefit from Greenway’s comprehensive training program. The interactive, handson instruction could set them up for success as a small practice in a world of large practices.

Learning to wear many hats

As implementation loomed, Bentley worried the process might prove overwhelming.

“I had a project manager who coordinated everything … He got me in touch with the people I needed to be in touch with, got me set up with the classes we needed to take.”
Tammy Bentley, practice manager

“We wear so many hats,” she said. “We had to learn all of the Intergy system. We didn’t have different people to take different classes for front or back office. The doctor was learning how to make appointments and take vital signs and put them in the system just like me.”

Fortunately, Bentley and Lamberson could concentrate on learning without handling implementation details. Greenway took care of those.

“I had a project manager who coordinated everything,” Bentley said. “He got me in touch with the people I needed to be in touch with, got me set up with the classes we needed to take. I would get a morning email from him explaining what would happen that day or telling me what classes were scheduled. He was constantly making sure I was okay and seeing if we needed anything.”

The training lived up to her expectations.

“We had both groups training and one-on-one,” she said. “In the one-on-one, the trainer asked what our workday was like, how we handled various processes. I gave her my scenarios and she would make recommendations. We went through all the steps, from the front office to the physician, seeing how to optimize the system for the way we worked.”

Both Bentley and Lamberson were impressed by the scope and personalization of the training, and the fact that an on-site trainer stayed with them during the first week after going live.

When the practice started with Greenway Revenue Services, Bentley and Lamberson thought the relationship might be temporary.

“Now that we’re a little more settled, we want to keep it,” Bentley said. “It’s so much simpler to let them do the follow-ups and my statements. If we don’t code correctly or make an error, they let us know immediately so it’s fixed and we bill in a timely manner. We also have a weekly telephone call to discuss any problems that may arise.”

Greenway Revenue Services worked with the practice to clear up a three-month backlog from when it saw patients without an EHR. It also helped the practice resolve credentialing problems with insurers.

“They’re like part of my team,” Bentley said of Greenway Revenue Services. “I don’t think that’s something we’ll ever try to bring back into the practice.”

Bentley said at the previous practice, billing caused frustration, but that’s no longer the case. The user-friendly solution “made life a lot easier,” she said.

For Bentley, efficiency was the main benefit of implementing Intergy and Greenway Revenue Services. Record-keeping is more accurate, and billing occurs in a timely manner. Just as important, the small practice has the support it needs.

“The system is relatively new, and there are still issues that we come across that we don’t remember how to handle. If that happens, I know I can just pick up the phone,” Bentley said.

She estimated she and Lamberson are 15- 20% more efficient than they had been at their previous practice. She credits that to skilled, personalized training and an implementation approach committed to software serving the practice, not the other way around. 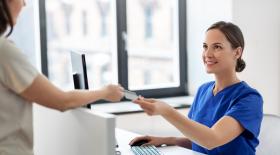 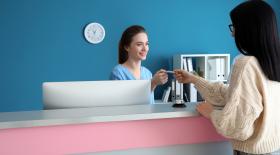