Lake Shore Obstetrics & Gynecology is a Chicago-based practice offering a full range of obstetrics and gynecology services — from initial exam to childbirth, through menopause and beyond.

When the practice decided to institute a new electronic health record (EHR) system, its administrators were cautious about trusting their billing to another external billing service on top of implementing the new EHR. “We were very hesitant to take on that much change all at once, along with the learning curve that would go with it,” Wright said.

After meeting with Greenway Health, Wright and her colleagues chose to standardize on Prime Suite, Greenway’s integrated EHR and practice management (PM) system. The system provided a single sign-on for both EHR and PM, the flexibility to adapt to specific practice needs, as well as data capture and reporting for value-based programs.

The practice also partnered with Greenway Revenue Services (GRS). Although GRS handles billing processes, it offers more of a partnership than typical outsourced billing. GRS touches every practice function, from the front desk to the back office, to help manage customers’ revenue cycles from initial patient encounter to collection and beyond. With GRS, Lake Shore did not have to give up control of its billing. Through ongoing, scheduled calls with its designated GRS team, the practice would retain full visibility into its financial processes and health.

• Majority of claims paid within 30 days

Today, Lake Shore relies on the Greenway Revenue Services team to process claims and answer any questions patients have about their bills via the practice’s personal 1-800 number. In addition to weekly calls with the Greenway Revenue Services team, the practice can pick up the phone and talk to a team member any time a billing question arises. “I feel like they’re right down the hall,” Wright said.

The partnership has led to very tangible improvements:

Though claim denials are increasingly rare, the Greenway Revenue Services team has integrated clinical data on-hand and can quickly review the diagnosis codes in the patient’s chart for resubmission directly to the payer. This frees the practice from constantly handling large stacks of rejected claims and saves its physicians from using valuable time to review denied codes.

Previously, over 15% of the practice’s insurance claims were 90 or more days past due, a total of more than $125,000 in unreimbursed services. “Now, Greenway captures the vast majority of Lake Shore’s claims within 30 days,” Wright said. Fewer than 6% of claims are outstanding after 90 days, and average days in A/R is 23.

Working with Greenway, Wright didn’t lose any sleep over the transition from 14,000 ICD-9 billing codes to nearly 69,000 ICD-10 codes. “The Greenway Revenue Services team made the necessary changes, so ICD10 was a total non-issue for us,” she said.

Extensive monthly reports enable the staff to see how Lake Shore OBGYN is performing in key areas, including the number of patients seen and the types of service delivered. The reports give the practice the ability to ask questions such as “Why is this portion of our business flat?” and “How can we improve this aspect of patient care?”

Greenway Revenue Services also tracks patient communications. No matter who a patient talks to, the system documents the communication. All of this information is available to the next person who interacts with the patient, adding greater consistency to communications and increasing customer satisfaction 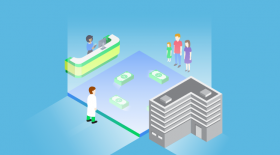 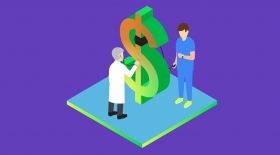 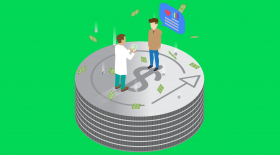