Mesa OB/GYN has been part of its Mesa, Arizona community since 1964. The small practice of two full-time physicians and one part-time prides itself on providing excellent care using the latest medical treatments and technology. Despite the best efforts of knowledgeable and dedicated staff, billing fell woefully behind, threatening the practice—a threat Greenway Revenue Services helped remove.

Mesa OB/GYN moved from paper charting to Greenway electronic health records (EHR) in 2015. With the EHR system simplifying and automating coding and paperwork to facilitate billing, the practice hit a bottleneck. The sole biller, whom practice lead Dr. Ernesto Gomez describes as, “amazing, hardworking, and intelligent,” simply could not keep up — no single person would have been able to. “I knew that she was getting overwhelmed,” recalls Gomez, “so I looked at how we could help her. Finding another biller of her capability was very challenging. I looked at billing services, but some weren’t comfortable with EHRs, or Greenway’s EHR, so they’d have to go through a training process as well.”

Dr. Gomez then reached out to his Greenway project manager, whom he “trusts implicitly,” for help. She suggested that he consider Greenway Revenue Services. “Within 24-48 hours, a Greenway expert came to the office,” says Gomez. “He took several days to look closely at the company and its billing procedures and processes. In three days, he knew more about my practice than I had known in 35 years. He showed us where we stood and how we could improve, and we went for it.”

Setting-up the practice for success

Greenway Revenue Services took a three-pronged approach to righting Mesa OB/GYN’s billing issues. First, they reviewed the older accounts. They identified which were beyond collection, and which could be resubmitted for payment. They then set to work on resubmissions.

Secondly, the Greenway team helped the practice update current claim practices to ensure they were handled and paid more promptly. Their concurrent expertise with the Greenway EHR system was key in enabling simplified processes that took advantage of system interoperability. “Now when we send in a claim, it’s scrubbed,” Gomez explains. “The revenue services team looks for issues with the claim before sending it through. They know if we’re using our key codes wrong and take care of it before it causes the claim to bounce back.

“If Greenway Revenue Services had not come into my life, I don’t think I’d be in private practice today.”
Dr. Ernesto Gomez, Mesa OB-GYN

They also act as a checkpoint on the payers, who are always changing the rules. They make sure we remain compliant.”

Finally, the revenue services team trained the office staff to be more accurate on intake, including verifying insurance and co-pay information. They also trained the staff in the delicate task of requesting co-pays up front, which can have a major impact on the bottom line.

To measure progress, Mesa and Greenway Revenue Services immediately set up a Friday financial meeting. “That’s with my manager, my biller, and myself,” Gomez adds. “Initially these meetings took 30-40 minutes. Now they take 10-15. We go over practice indicators, the key metrics like clean claim rate and days in A/R that signal the health of the business.” These meetings also provide a sense of accountability and transparency, while offering an opportunity for informal learning and knowledge transfer.

Gomez credits Greenway Revenue Services for creating a true partnership with the practice. “My biller and their main biller talk every day,” he says. “If either has a question, it’s totally open communication. It’s not like this is some faraway billing company that sends you a bill at the end of the day.” He sees this partnership allowing his billing person to be more effective while having people who can lighten the load and keep up with the ever-changing insurance landscape. “They feel like a natural extension of my team,” he says of Greenway Revenue Services.

The data of Mesa’s time with Greenway Revenue Services speak for themselves:

Retirements and attrition have reduced Mesa’s staff from three full-time doctors and two nurse practitioners to its current two full-time doctors and one part-time. Yet despite fewer practitioners, the average amount received per visit has doubled from $73 to almost $130. “In addition,” Gomez adds, “the amount of money that we now take into the practice is 10% more than it was when we had twice as many providers.

Clearly, the partnership with Greenway has been a successful one, which enables the practice to look to the future. “Now that things are stabilized,” Gomez says, “I can look to hire another nurse practitioner or another provider to build up the office. With the wounds closed, we can go the extra mile analyzing our top billing codes to confirm we’re getting what we’re owed per contract. We never had the time or expertise to do that kind of analysis before Greenway.”

“If Greenway Revenue Services had not come into my life,” muses Gomez, “I don’t think I’d be in private practice today. I would have had to merge into a hospital-based practice or join another group. There are just too many challenges in private practice right now. Unless you have a team behind you, I don’t think you can survive. Greenway wants us to succeed,” he concludes. “I feel like I have a friend with a big company within my team. 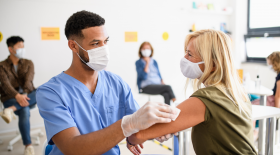 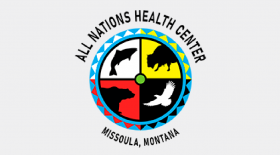 All Nations enters a new era: Implementing a new EHR amid the pandemic and still seeing revenue grow 150% 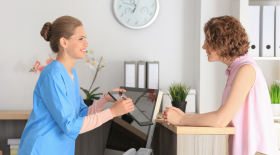 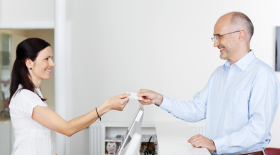