Amicus Medical Centers, a medical services organization, is composed of 12 primary care offices — so far. Since its founding in South Florida 12 years ago, the group has regularly acquired practices. Of course, each practice has its own billing processes that must be integrated with those of Amicus.

Amicus went live with Greenway Health’s electronic health record (EHR) and Greenway Revenue Services Essentials in May 2017. To date, it has implemented both systems in eight of its 12 locations, with the expectation of converting the remaining four.

With a 15-person billing team, Billing Manager Rayshelle Aparicio appreciates the Essentials model, that focuses on reconciling and submitting claims, posting payments, and consulting on best practices, while leaving other tasks to her internal team. “We are a fee-for-service organization,” she said, “but we’re also a heavily capitated organization. So the time and manpower it takes to be on the backend posting payments and writing up adjustments and those types of things was more than my team could take on.”

Aparicio’s team is relieved of these tasks — and they’re handled more accurately. ”Before Greenway Revenue Services,” Aparicio said, “it just wasn’t being done effectively because we knew where our focus had to be, and the back end was handled in whatever time remained. It wasn’t clean because we didn’t have the time and manpower to really focus on it.” She estimates that 60-70% of the billing department’s repetitive tasks have been handed off to the Greenway team.

Amicus also benefits from the integration of the Greenway EHR and Greenway Revenue Services. “We have dealt with multiple products since we
inherit practices with whatever EMR or paper charts they were using at the time,” Aparicio said. “It’s very helpful to have one product.”

One of the primary benefits of such a well integrated system is time management. The group estimates a 15% gain in efficiency compared to running disparate systems, with the front desk and administration benefiting the most.

Amicus relies on Greenway’s expertise to guide them through the changeover that occurs when new practices are onboarded. “They’re the experts,” Aparicio said. “I may have been using the program for two and a half years, but there are still questions and processes that they have better insight on. This is especially true since I use the tools at the admin level and my team has to use them differently.”

Amicus also integrates Greenway Clearinghouse Services. The interoperability between the clearinghouse, Essentials, and Greenway’s EHR enables the practice’s representative to act as a single point of contact for questions and issues. “It’s a lot easier having the clearinghouse associated with Greenway Revenue Services,” Aparicio said. “If something funky shows up in the clearinghouse that I don’t understand, my first contact is usually my Greenway Revenue Services representative. She’s kind of my coordinator. She’ll reach out for me to see if they can get some information. They work together pretty seamlessly so that’s hugely beneficial to us.”

These calls are in addition to the regular monthly calls between Amicus and its Greenway Revenue Services team. During those calls, they review standard reports and discuss questions or irregularities that the practice may be experiencing. “I probably send my contact too many emails a week,” Aparicio said with a laugh. “She’s always available. I’ve never really had a problem where I could not get in touch with her.”

Amicus plans to continue adding practices — and converting them to Greenway. The practice finds the combination of internal billing experts plus the extended resources provided by the Greenway Revenue Services Essentials team to be a winning formula. “The more growth that my organization has,” Aparicio said, “the more growth it will produce for the Greenway team.” 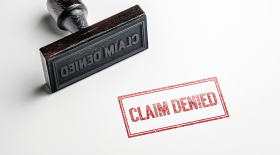 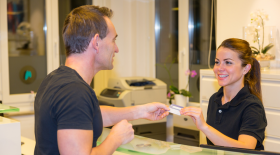 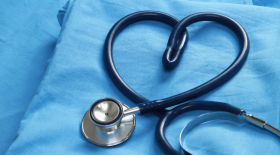 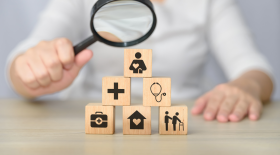